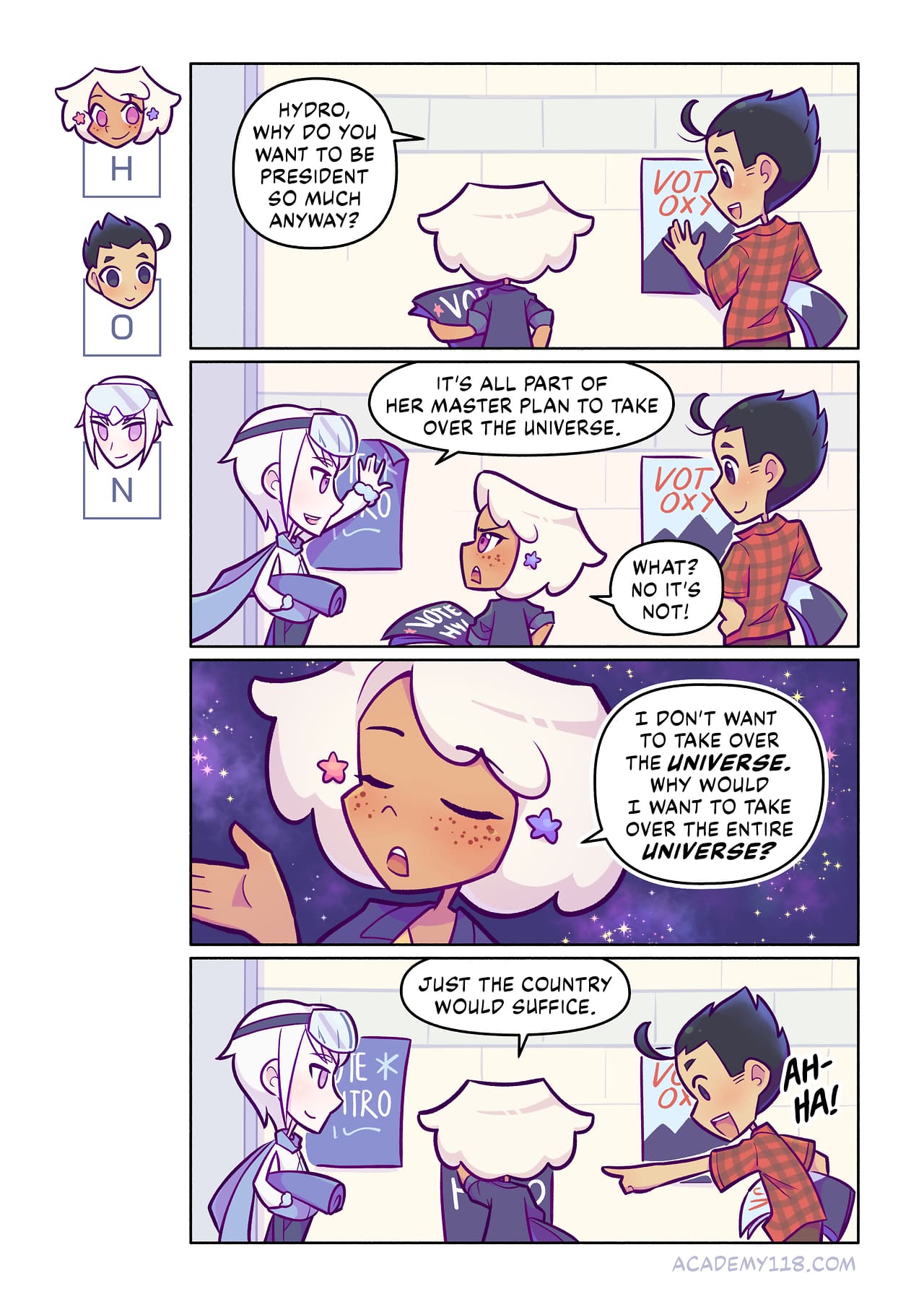 [Hydrogen and Oxygen stand in front of a wall. Oxygen puts up one of his campaign posters.]
Oxygen: Hydro, why do you want to be president so much anyway?

[Nitrogen enters from the left, putting up a poster as well.]
Nitrogen: It’s all part of her master plan to take over the Universe.
Hydrogen: What? No it’s not!

[Hydrogen turns back towards the wall.]
Hydrogen: Just the country would suffice.
[Oxygen points at Hydrogen.]
Oxygen: AH-HA!